The snail, a small animal which, to a certain extent, goes against the grain of our ever-frenetic society, has been the focus of much attention throughout the centuries; in turn being a mythical and symbolic creature, it arouses both repulsion and admiration.

ANCIENT TIMES: THE SNAIL AS A CURE-ALL !

Popular in cuisine, as well as in medicine: a field in which the snail has been appreciated for its numerous properties since ancient times. The multiple uses of snails, in particular their therapeutic uses, are outlined below. The whole animal, or part of it, is alleged to have surprising as well as diverse properties.

THE SNAIL IN MEDIEVAL PHARMACOPOEIA

Hildegard of Bingen, 12th-century German Benedictine Nun: believed that the cool nature of the snail enabled it to counteract the burning sensation caused by infection. Hildegard of Bingen was proclaimed a Doctor of the Church on 7th October 2012 by Pope Benedict XVI.

It was approximately at this time in history that snails would have been instrumental in influencing how apothecaries made their tablets.

Later, in 1738, the universal pharmacopoeia of Apothecary Lemery (pharmacist), born in Rouen in 1645, devised a method for preparing snail filtrate extract for the following uses: “It is humectant, cooling and suitable for skin redness; it is used to cleanse the face and soothe dry skin etc.”

The nineteenth century saw a renewed interest in the therapeutic uses of the snail, beginning in 1808 with the works of Georges Tarenne on the use of this animal to treat hernias.
Guillaume Louis Figuier, doctor of medicine in 1841 and professor at the Paris Pharmacy School, published an essay on the chemical composition of snails and snail-based preparations. He describes several pharmaceutical formulations: snail sugar, tablets, syrup, snail paste and snail chocolate, which are recommended treatments for stubborn colds, pulmonary tuberculosis and acute and chronic chest ailments and intestinal irritations.

Jean Baptiste Grégoire Barbier (1776-1856): doctor, pharmacist and surgeon. According to him, it is undisputed that ‘in the chronic inflammation of pulmonary organs, snail preparations can sometimes decrease morbid activity, halt its progression and, ultimately, totally destroy the disease’. He also listed the numerous snail preparation indications (made from snail filtrate) used for treating the majority of colds, coughs, bronchitis, asthma, tonsil inflammations, hoarseness and certain skin disorders.

André Jean Chrestien (1758-1840), doctor from Montpellier, described the effectiveness of snail paste and syrup: “During the 50 years I have practised medicine, I have not found a remedy more effective than snails to treat chest irritations”.

THE 20TH AND 21ST CENTURIES: SCIENCE VALIDATES THE BENEFITS

20th century works truly validate the therapeutic properties of the snail.
André Quevauviller (1910-1981), pharmacist and university researcher. His scientific works firstly review the pharmacological action of snail filtrate and its inhibiting effect on the cultures of Brolet and Gaugon bordetella pertussis, as well as its spasmolytic activity within respiratory tracts. 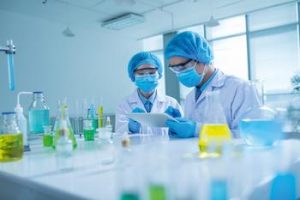 In Crete, researchers questioned whether the snail had had an impact on the low mortality rate for cardiovascular disease in this country. The results revealed that plants eaten by snails are rich in alpha-linolenic acid.

This acid has been reported to have a protective effect against cardiovascular diseases by preventing ventricular fibrillation and reducing platelet aggregation. In Crete, snails are part of people’s daily lives, on a gastronomic level, and found in the majority of meals, and indeed osteoarthritis is very rare in comparison with other countries, with a declared rate of up to -78% (to be verified). As a dietary supplement, snail protein is beneficial in, for example, combating osteoarthritis and muscular aches and pains. Rich in collagen, vitamins and essential amino acids, this highly concentrated protein performs the necessary functions in our daily diet. Collagen is an essential nutrient for the cartilage. Basic vitamins serve as powerful antioxidants which delay ageing, whilst amino acids improve calcium digestion and naturally optimise its transportation to our bones.

Your cart is empty...